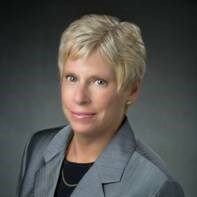 Major General (Ret) Barbara Fast is President/CEO of BGF Enterprises.  Following an Army career in service, joint and coalition intelligence, cyber, and operations, she led business areas at Boeing (Cyber and Information Solutions) and CGI Federal (Army and Defense Intelligence), retiring in 2015.  While in the Army, she commanded at all levels; served as the Associate Deputy Director-Military Operations then S1 at the National Security Agency; and as the Director of Intelligence, U.S. European Command and later Combined Joint Task Force-7/Multi-National Forces-Iraq.  She is on the board of American Public Education, Inc, (NASDAQ: APEI) where she has served as Chairman and on the Nominating and Governance and Compensation Committees.  She is Chair of the Board of the Hondros College of Nursing.  She is a Strategic Advisor for Sierra Nevada Corporation, a privately held aerospace engineering company specializing in integration capabilities for space, aviation, and defense.  General Fast also serves on the Board of Directors of Beacon Roofing Supply (NASDAQ: BECN), a Fortune 500 Company, where she serves on the Audit and Nominating and Governance Committees.  She is a Trustee for the Alabama School of Cyber Technology and Engineering; on the Commission for the U.S. Space and Rocket Center; and Chairs the Huntsville, Alabama Cyber Advisory Council.  She has received numerous awards, including the Defense Superior Service Medal, the Legion of Merit, and Bronze Star.  General Fast graduated from the University of Missouri with a BSE, received her MSBA from Boston University, is a graduate of the U.S. Army War College, and received an Honorary Doctorate of Laws from Central Missouri State University.